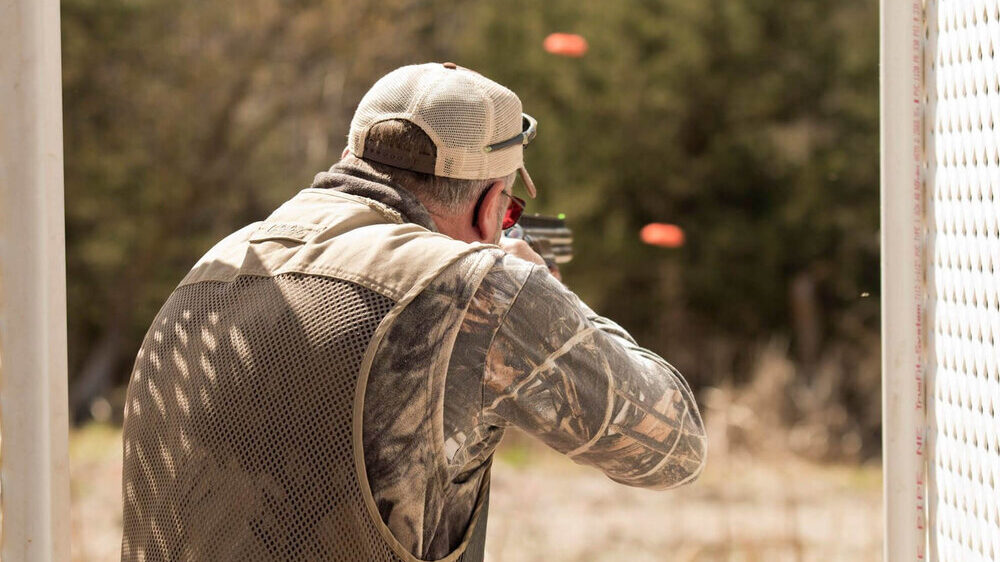 Either 7 or 8 shooting stations are arranged in various locations on the course. Each shooter will shoot at a total of 50 rocks from inside these stations. Shooters form groups of not more than 5 who shoot together, moving from station to station until they have completed the course. Each station has two completely different ‘presentations’ which are thrown from remote controlled ‘throwers’ but all have an instruction card telling:

b) describing the ‘presentation’ of the rocks (i.e. left to right, incoming, overhead, rabbit, etc.

c) whether the rocks will be thrown as ‘true pairs’, ‘report pairs’.

A packing list for overnight camps and retreats is available here.
Please Note: We have a no-pet policy. Please do not bring pets. Thank You.